This YouTube interview with Elise “Mom” Sutton is an interesting piece of American history and shows how it intertwines with carpet making. We previously discussed America’s carpet history, but that was the history of commercial carpet making on large looms and, later, low pile looped carpet after nylon was invented. What Mrs. Sutton, who is 100 years old now and a living narrator of the American experience, demonstrates is how a more everyday carpet – the rag rug – is made.

The last half of the twentieth century was a period of unprecedented affluence for Americans. Before that time only the very rich could afford to redecorate in the sense that we think of it. People inherited furniture from their family members when they died. People inherited clothes too. This was because when you make something completely from scratch it’s a huge time investment.

Think about how much labor was involved for a housewife to make a wool dress, from the shearing of the sheep to the final stitches. Most people couldn’t go down to a fabric store and buy a bolt of wool to make something that would go on the floor. They couldn’t afford it! When the wool dress or the cotton trousers they wore got too ragged to wear, the fabric they were made of got used again. One way people did this was to make rugs out of the scraps.

Children were very often responsible for sewing narrow scraps of fabric together at the ends and winding them into balls. Sometimes these would be kept until the next rug project, and sometimes the rags were sold to people who produced these carpets for sale. With the invention of the industrial loom, much more fabric of all kinds was produced which resulted in a lowered price for fabric but also far greater scrap fabric availability. Very little was wasted; if it could be used it was, both in the home and to be sold.

There are many different types of rag rugs: woven, braided, coiled, knitted, or, as Mom Sutton demonstrates, crocheted. Hooked rugs using a canvas backing were also common. As you can see, Mom Sutton is using cotton scraps of various colors and patterns and sewing them on a machine so they can be crocheted and create an aesthetically pleasing finished product. This is a woman who turned 18 in 1933 – during the height of the Great Depression – so she became skilled in learning how to making something out of very little. We think it’s lovely that she is still using her skills to teach people about rug making. 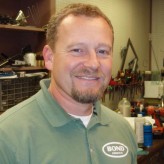 Have You Ever Thought about Rug Hooking?
Giving an Antique Rug a New Life

Leave a reply Click here to cancel the reply